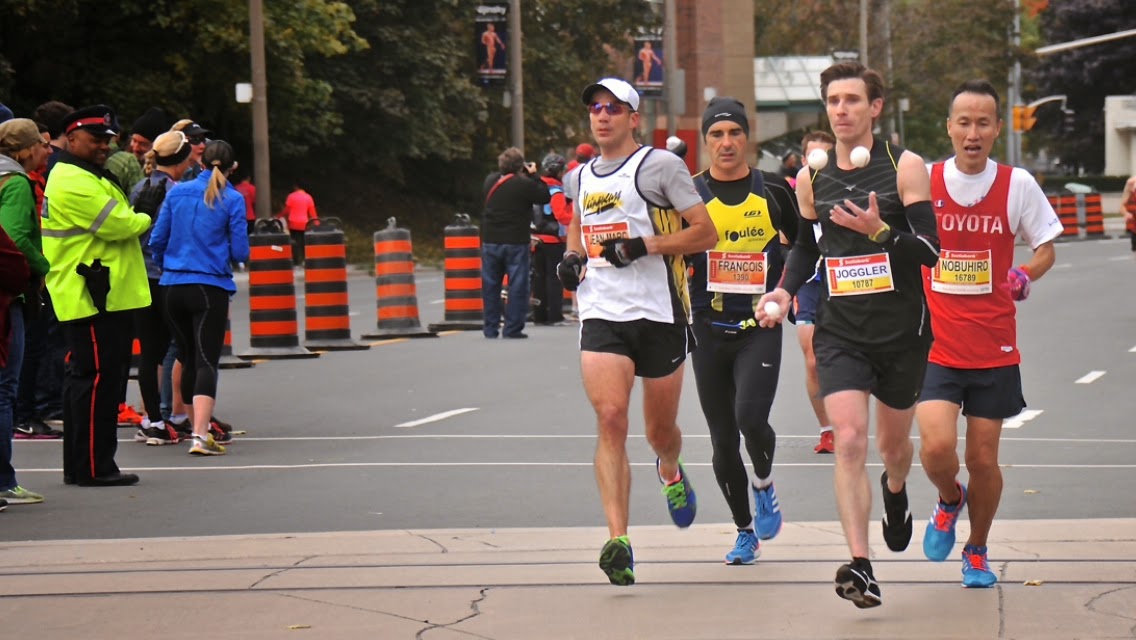 It's not too late to donate! Help me reach my goal to raise $1,000 through People to People Canada for AIDS orphans in Ethiopia. DONATION LINK HERE.

It takes a lot of focus to run a half-marathon as fast as you can while simultaneously juggling three beanbags. I tried to capture the experience with the some numbers.


HALF-MARATHON JOGGLING BY THE NUMBERS

1
Times I dropped a ball

1
Times I swore very loudly after dropping the ball

2
Times I heard someone shout "Show-off!"

45
Number of those kilometres per week I joggled

2,792
Approximate number of times I said to myself "Don't stop, don't drop" during the race

4.3
Number of times I questioned my sanity during the race

40,000
Number of dollars People to People Canada is hoping to raise in this event to help AIDS orphans in Ethiopia: DONATION LINK. 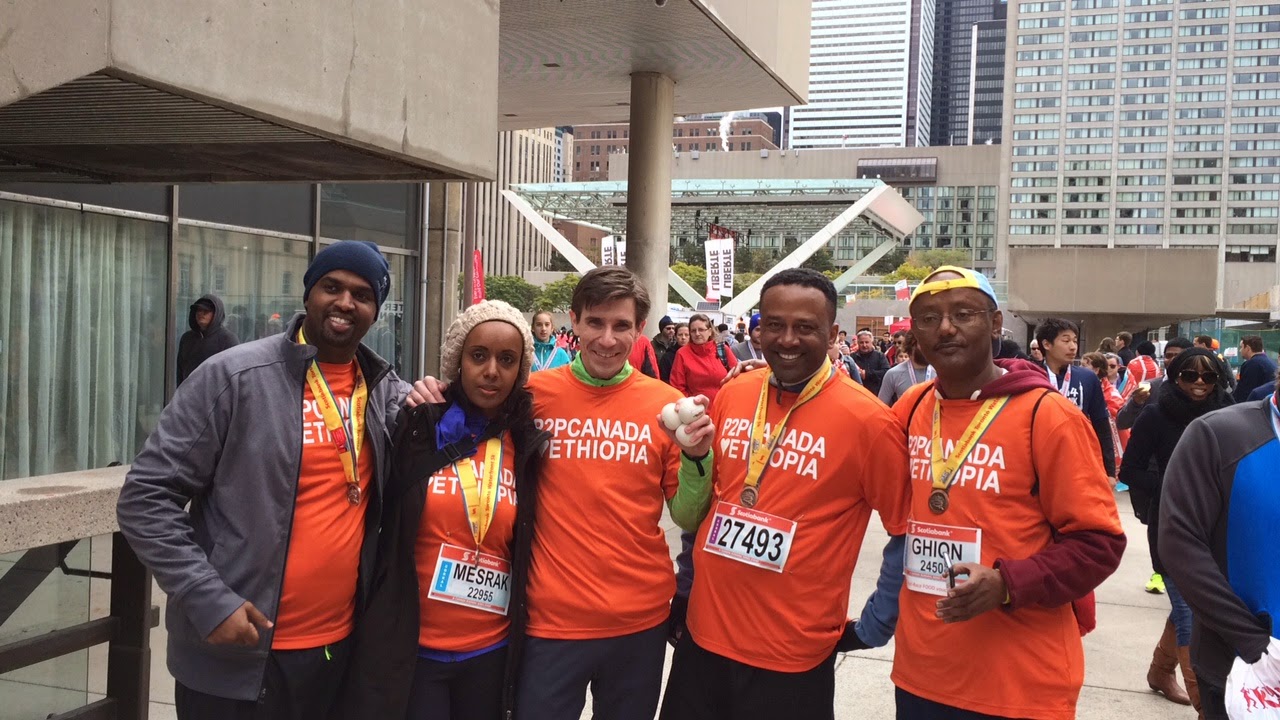 Posted by Michal The Joggler Kapral at 7:47 PM